Things Can Only Get Better

Today's report has been submitted by Ian (RN retired) who describes himself throughout as 'stand-in Captain' but from what I hear, 'fall-over Captain' might be more appropriate! - editor. Rumour has it that he has plans to buy a new bike. 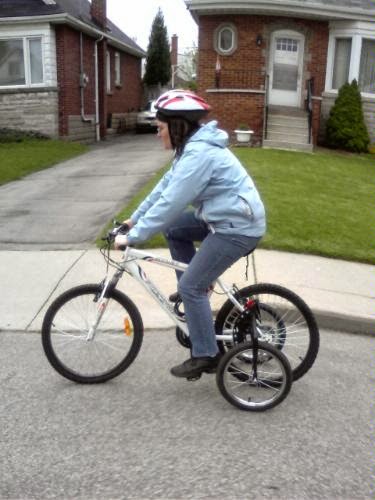 Out of the two weather forecasts, light rain or sunny periods, the one which said light rain won but seven  riders turned up for the ride to the Hub. It was misty and raining but that did not dampen our spirits. 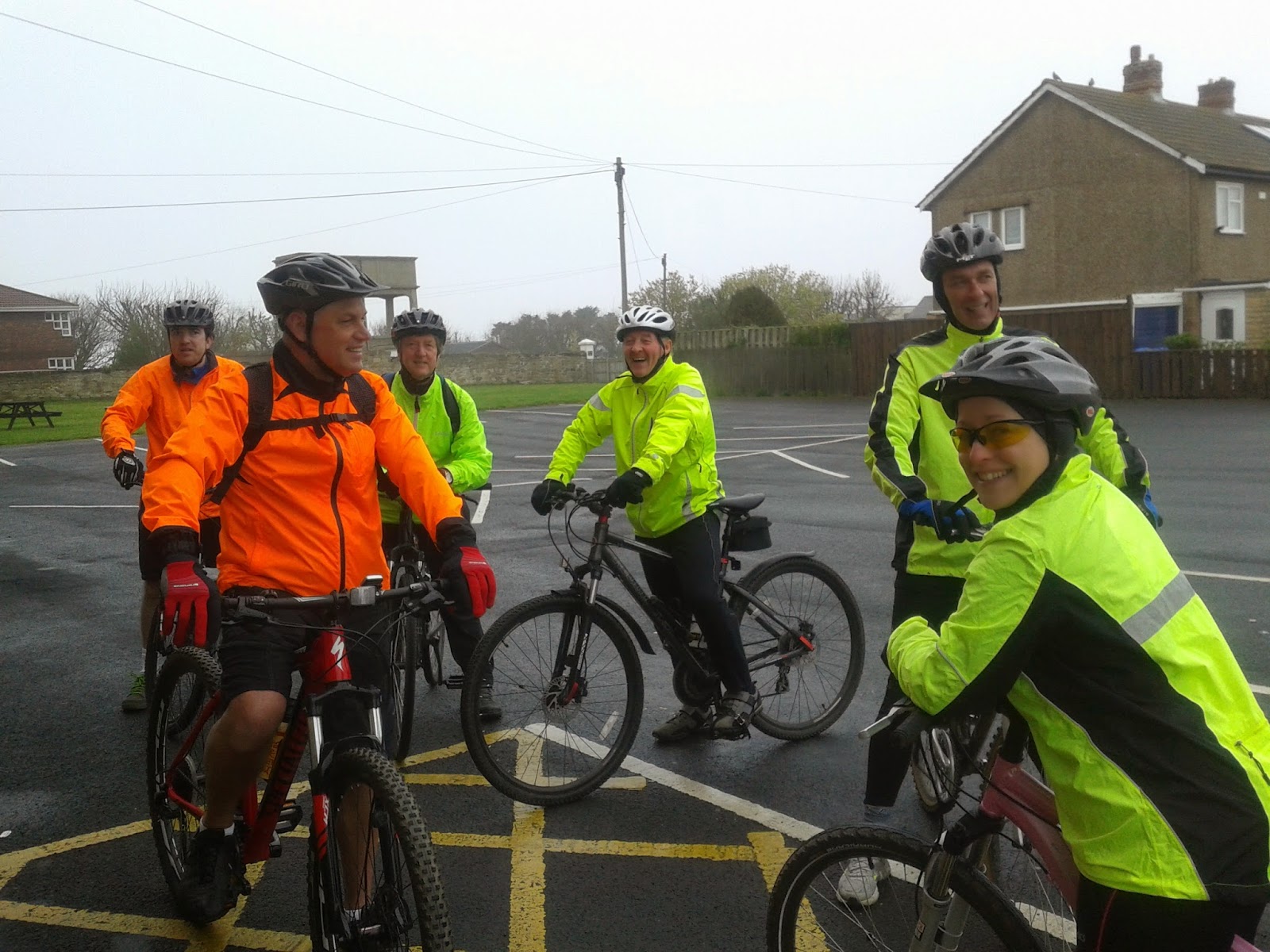 The seven of us set off in search of the Hub knowing that  our reward would be a bacon butty and a nice cup  of coffee.


The route was to take us down the coast to the Hub, through  the Fish Quay and up Borough Bank. There, as the stand in captain, I have to report an incident. One of the members decided that staying rubber side down was far too conventional and came to a halt and failed to remove their feet from both clips and thought lying on their side in a puddle of water was better than being upright.


This not being the first time this type incident has happened, the individual  managed to tuck in and no damage to bike or person was reported. After a short rest, onward to the Hub. One member needed to peel off at the Royal Quays so the rest of us pushed on to the Hub where we arrived wet but eager and in need of refreshment. Coffee and a bacon butty hit the spot, there was coverage of a cycle race being shown on some Internet channel, I have to  say the weather looked better there (where ever that was) than here. 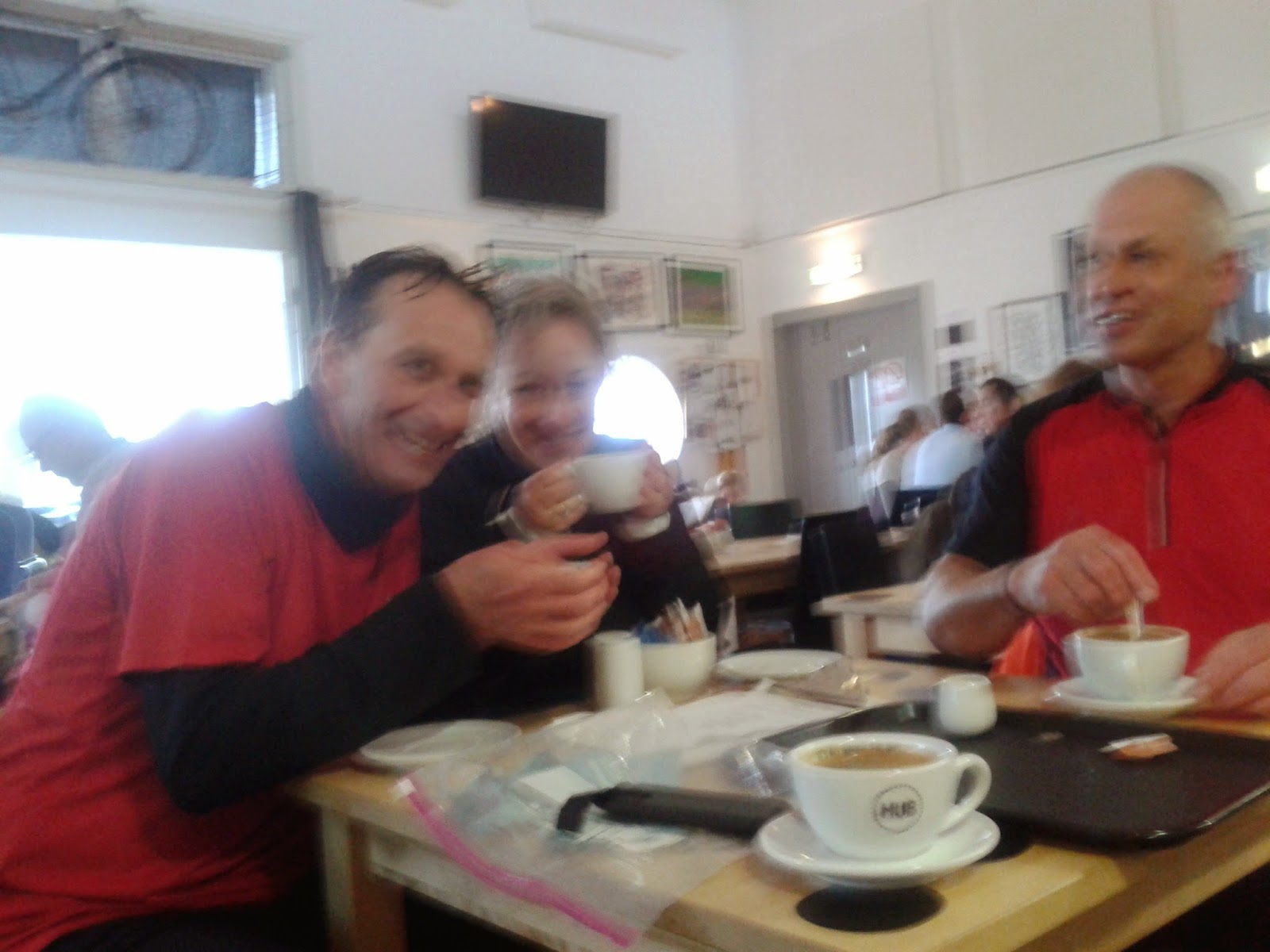 Everyone now refreshed and ready to put our wet clothes back on and head for home, one member had a slow puncture in their back tyre which they put some air in to allow them to make it home. The group made it to Swan Hunters on the return leg when a member stopped again to put air into their rear tyre. At this point another member of the group pointed out that the front tyre was also flat. What were we to do? One machine down and both tyres with punctures. With the assistance of other members of the group the bike was turned upside down and the repair was attacked with gusto worthy of a formula one team during a pit stop. 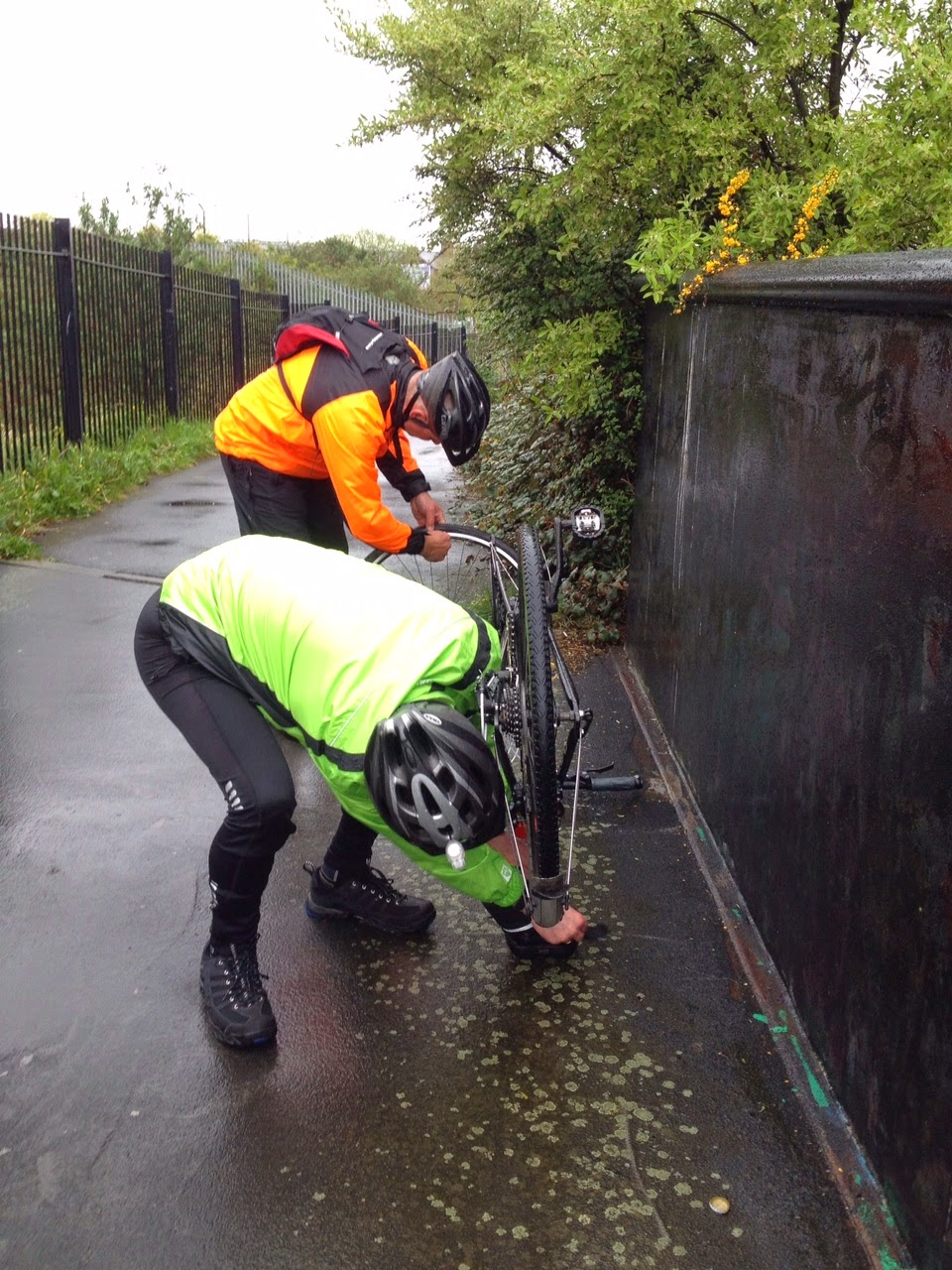 (Stand in Captain's note : I have to offer mention in despatches to the two members of the team who formed the pit crew along with the member to facilitate the repair as it was the stand in Captain's steed which was in the pit).

Please also note that the repair to the rear tyre was carried out twice so three puncture repairs all at the same place. One member sustained an injury to their finger during the repair but this brave soul carried on. 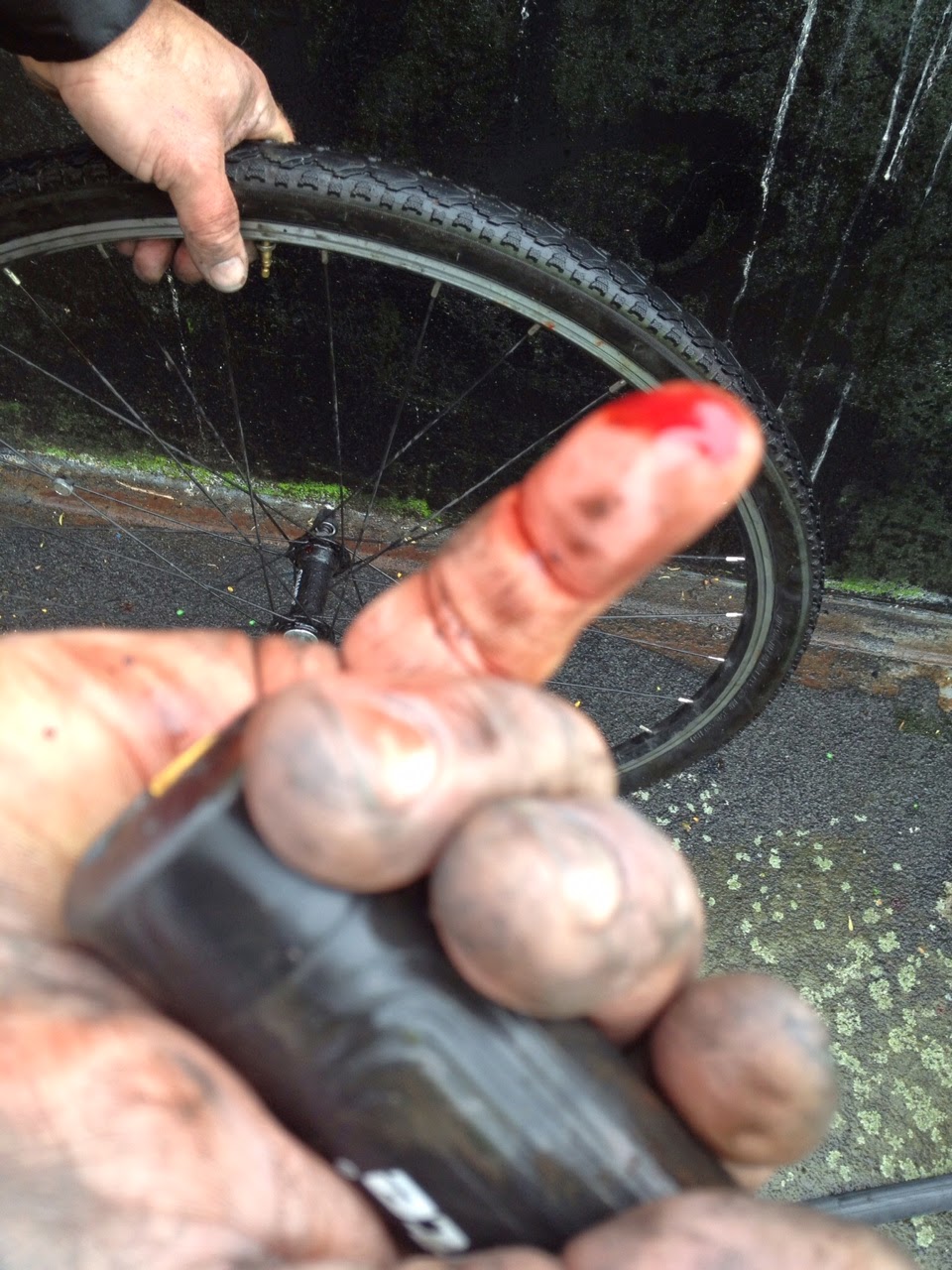 Once we were back up and running, the group continued to forge their way home but the rain had stopped at this point. It was noted that one member was heard to say something about gathering punctures or something and another about how many men does it take to repair a puncture! Apparently there are photos of this that may come to the surface at some time in the future.


To this I say - that’s life. My home port was closer and my steed was in need of dry dock - full repairs to both  tyres.


The rest of the crew being trusty souls carried on to their home ports. I have to report that the stand in Captain's steed's tyres, after dry dock repair, seem to be holding and are water tight. I will offer further reports should the situation change. I also have to report the loss of one inner tube as the size of the hole made by the glass was too large for dry dock repairs to overcome. This tube has now gone to the great inner tube store in the sky.


This is the Stand in Captain signing off, the sun is going below the yard arm, so it’s time to go to the Deli for a pint.

Nice ride - had a good time and found out how special the group is when one of its numbers is in trouble. Note to self - carry more than one inner tube in future! 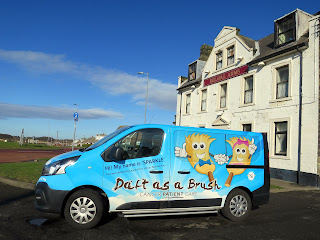